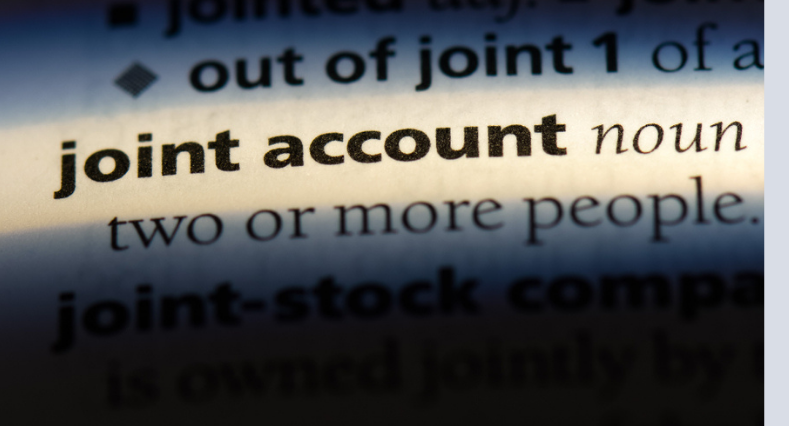 Joint accounts are created for many reasons, including to have shared access to funds, to have a shared place to save funds, to avoid payment of probate tax on the funds, and in some cases, to make a gift of the funds on death. Financial Advisors can play an important role in helping maintain their client’s objectives and reducing litigation over the jointly held funds when an account holder dies.

When one account holder dies, the funds may either form part of the deceased’s estate and be governed by the deceased’s Will, or they may pass to the surviving joint owner(s) by right of survivorship. The treatment depends on (1) the relationship of the joint account holders; and (2) the intention when the account is made joint.

With respect to access to jointly-held accounts after an account holder has died, this will depend on the terms of the account agreement at the time the account was set up. Unless otherwise specified, the surviving joint holder(s) will typically be given access to the account. The question that may arise, as a consequence of continued access, is whether the surviving account owner is holding the funds in trust for the estate of the deceased joint owner, or whether the funds passed to the surviving joint owner by a true right of survivorship.

Litigation may arise following the death of a joint account holder, when the estate trustee and/or family of the deceased do not agree on whether a true right of survivorship of the jointly held funds was intended. The financial institution holding those funds might find itself caught in litigation in a number of ways: in a motion to preserve the funds, to give testimony about discussions with clients, and/or to produce documents and records as evidence in the litigation. It is essential that representatives of financial institutions have an understanding of the legal principles that are applied to these issues and the kinds of evidence that the courts seek in deciding these disputes.

In contrast, in most other relationships, such as a parent and adult capable child, or between siblings, a gratuitous transfer of funds will be subject to a presumption of resulting trust. For these relationships, there is no presumption of gift; instead, it is presumed that the surviving owner holds the funds in trust for the deceased owner’s estate. This presumption is rebuttable, and the transferee has the onus of demonstrating that the transferor had a contrary intention when making the joint account.

A contrary intention can be evidenced by the wording in the bank records, the control and access to the funds during the lifetime, tax filings, written and verbal statements of the deceased, and/or the deceased’s Will. Bank documents that are sufficiently detailed can be evidence of the transferor’s intent, however, if the documents lack clarity with respect to beneficial entitlement of the joint funds, the evidence may be insufficient to rebut the presumption of resulting trust.

The case law has shown that some courts will find standard form bank documents to be of little use. In the recent case of Calmusky v. Calmusky, the standard bank forms had been completed indicating that the accounts were joint with a right of survivorship. The Court found that the “bare-bones” nature of the file opening cards, even when bolstered by the bank representative’s testimony, was not enough to rebut the presumption of resulting trust, and as a result, the funds formed part of the deceased’s estate.

Financial institutions have a duty of care to investigate situations that are suspicious or questionable. Advisors must exercise reasonable care and skill, but this standard is higher with elderly or vulnerable clients. This duty can be discharged in a number of ways, for example by contacting the client and interviewing her in private, asking questions about the reason for the creation or conversion to a joint account, discussing how the joint account fits with the client’s estate plan and seeking legal advice from a lawyer or from the Advocacy Centre for the Elderly, where appropriate.

In the 2014 Ontario case of Coulston v. Dixon, the deceased’s investment advisor did not meet with her at the time the joint account was opened, and had not taken good notes with respect to his discussions. There was no information that he discussed the deceased’s other assets, what her Will stated, and what would happen if one of her children predeceased her. Based on the other evidence in the case, which demonstrated that the deceased wanted her children to share equally in her estate, the court found that the funds were subject to a trust in favour of the estate.

In both Calmusky and Coulston, the advisors were questioned as witnesses in legal proceedings and were criticized for failing to meet their duty to the client. In contrast, where advisors had thoroughly discussed matters with their clients, taken supporting notes of the appointment, and recommended that the client obtain legal advice, their evidence was often given significant weight in the courts’ determinations.

In the 2014 Court of Appeal case of Sawdon Estate v. Sawdon, residuary beneficiaries brought a claim for the deceased’s monies held in joint bank accounts with his children. The CIBC accounts administrator was examined at the 3-day trial and testified that she had explained to the client how joint assets with the right of survivorship would operate on his death. Her testimony was supported by the bank records, which clearly set out a right of survivorship. The judge found that the accounts administrator’s evidence was credible, reliable, and unbiased, and based on this evidence, held that the deceased intended to gift the funds to his children.

Occasionally, financial institutions and advisors can be named in a lawsuit. In two related Ontario cases, Laski v. Laski and Laski v. BMO Nesbitt Burns Inc., the deceased’s son commenced an application to determine whether joint accounts in the name of the deceased and the deceased’s daughter formed part of the deceased’s estate. The son sued various parties, including the bank, its directors, and an advisor, claiming they breached a duty of disclosure to their client and/or committed negligent misrepresentation. On appeal, the Court relied on the evidence of the deceased’s investment advisor that the advisor had prepared documents in accordance with the deceased’s instructions and that the deceased had provided an explanation as to why he wanted his daughter to benefit and be protected.

Banks and advisors will often be pulled into estate and capacity litigation. On the front line with their banking clients, financial advisors may be expected to recall events and discussions that took place many years before. The bank’s records will inevitably be collected and scrutinized.  To maintain credibility and to meet their duty to their clients, it is essential that these advisors understand the applicable legal principles, take the time to understand their client’s intentions and document those discussions. Recollection that is unsubstantiated or spotty will often be criticized by the Court and generic forms may be given little weight. In contrast, detailed and contemporaneous notes are invaluable in assisting a judge in determining the client’s intentions with respect to jointly-held accounts.

The authors, Krystyne Rusek and Lisa Sticht-Maksymec, have presented on this topic and would be pleased to host a webinar for interested institutions.