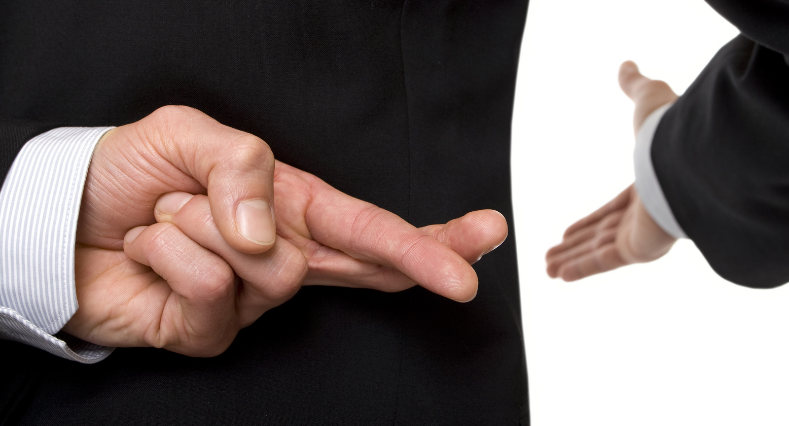 Over the past year, Canadian courts have evaluated and analyzed the concept of “good faith” in contractual performance. Following a recent ruling from the Supreme Court, there have been many decisions where parties have been accused of failing to discharge contractual duties in good faith. In most instances, the allegations have fallen flat, given that there is still a high bar to find a breach of a duty of good faith. However, in a recent decision from the Court of Queen’s Bench of Alberta, it was held that the duty of good faith was indeed breached by a party who tried to escape its own fraudulent deception in a contract by hiding behind a limited liability clause in the same agreement.

In NEP Canada ULC v MEC OP LLC, 2021 ABQB 180 (“NEP”) the Plaintiff, NEP Canada ULC (“NEP”) acquired shares of MEC Operating Company ULC (“MEC”), a subsidiary of Merit ULC (“Merit”) through a Share Purchase Agreement dated August 18, 2011, which closed on September 30, 2011 (the “2011 SPA”). Section 7.9 of the 2011 SPA contained a limitation of liability clause whereby NEP and Merit agreed to contract out of “consequential, indirect, or punitive damages, including loss of anticipated profits, business interruption or any special or incidental loss of any kind”. Also, pursuant to Schedule D of the agreement, Merit was obligated to disclose all regulatory non-compliance issues regarding the purchased assets.

Following the 2011 Closing Date, NEP discovered numerous serious and significant regulatory non-compliances. It was then discovered that employees of Merit knew about these issues well before the 2011 SPA Closing Date and had already brought these issues to the attention of Merit’s management when Schedule D was being drafted. After determining this, NEP sued for breach of contract, deceit, conspiracy, and breach of the duty of good faith and honest performance.

At trial, it was determined that Merit and MEC were indeed deceitful and had acted in breach of both the 2011 SPA and its duty of good faith and honest performance. However, an issue that the Court had to tackle in its determination of breach of contract was Merit’s wording in Schedule D of the 2011 SPA. Merit had made representations in the agreement that it had complied with all relevant regulations, except for anything listed in Schedule D. Schedule D therefore needed to disclose all instances of non-compliance in order to comply with the agreement. In Schedule D, Merit disclosed “potential instances of non-compliance”, and tried to argue that the term “potential” was purposefully broad and included only known and existing instances of non-compliance. Should the court have accepted this interpretation, then Merit would have met their duty of disclosure.

The Court found Merit was fully aware of the non-compliance issues but chose to actively conceal them and obfuscate them with half-truths. It was therefore held that the 2011 SPA was indeed breached.

Finally, in concluding that Merit had also breached their duty of good faith, the Court relied on the recent Supreme Court case of C.M. Callow Inc. v. Zollinger, 2020 SCC 45 (“Callow”). In that case, the Supreme Court expanded the duty of honest performance in contract law, holding that no contractual right can be exercised dishonestly, and that conduct that knowingly misleads another party or fails to correct a false impression created by the conduct of the parties is a breach of this duty. Please see our article and newsletter on Callow for more information.

This is not the first time this year the Courts have applied Callow. The Court of the Queen’s Bench of Alberta earlier this year rejected an argument that there was a breach of good faith in the context of a distribution agreement gone wrong in Brant Tractor Ltd. v. BOMAG (Canada) Inc., 2021 ABQB 71. In that case, the plaintiff, Brandt Tractor Ltd. (“Brandt”), was a distributor of equipment manufactured by the defendant, BOMAG (Canada) Inc. (“BOMAG”). The parties signed an agreement which provided that Brandt could not act as the distributor of any direct competitor of BOMAG (the “Agreement”). The Agreement also permitted either party to refuse to renew it without cause.

On August 23, 2019, BOMAG learned that Brandt was acquiring another distributor which exclusively represented BOMAG’s competitor, Wirtgen. BOMAG notified Brandt that they would not be renewing the Agreement on September 13, 2019 and that the Agreement would expire on December 31, 2019. SMS Equipment Inc. (“SMS”) issued a press release on October 1, 2019 announcing that they would become the new exclusive dealer for BOMAG’s products in Canada. On October 25, 2019, Brandt announced that they would become the Canadian distributor of Wirtgen. Brandt applied for an interlocutory injunction to stop the agreement between BOMAG and SMS, or alternatively to reinstate the Agreement between BOMAG and Brandt.

The Court noted that BOMAG entered into an agreement to replace Brandt after giving notice but before the termination of the Agreement, but Brandt had breached the Agreement prior to the termination date by becoming a distributor of BOMAG’s competitor. Ultimately, the injunction was refused. The Court held that Brandt had not established that the Agreement was improperly terminated. Brandt used Callow to raise a bad faith argument, asserting that BOMAG had breached the duty of honest performance by failing to promptly notify Brandt of their intention not to renew.

The Court rejected Brandt’s “weak assertion of bad faith” and noted that, in Callow, the terminating party acted in bad faith when they withheld notice of its decision to terminate the contract for months and led their counterparty to believe the contract was likely to be renewed. However, in this case, BOMAG provided notice shortly after learning of Brandt’s intended acquisition, and its conduct did not lead Brandt to believe that the contract would be renewed. The line was never crossed from “withholding confidential information about a party’s future business plans” into “an intention to deceive”.

The court confirmed that the principle set out in Callow does not create a positive obligation of disclosure, and that parties to a contract aren’t obligated to immediately disclose a decision not to renew a contract. Please see our article on Brandt for more information.

The Ontario Court of Appeal also looked at the duty of good faith in contract in Subway Franchise Restaurants of Canada Ltd. v. BMO Life Assurance Company, 2021 ONCA 349, and found there was no breach. In this case, a Subway location was required to renew its lease at least nine months and not more than one year prior to the expiration of the term. Subway signed its lease with a previous landlord, which was later taken over by BMO. When BMO assumed the lease, Subway executed an estoppel certificate which indicated that the lease expired on August 23, 2018 and it was therefore required to exercise its option to renew the lease between August 24, 2017 and November 23, 2017.

In its central database, Subway incorrectly noted that the expiry date was May 31, 2018. In early 2017, it sent a letter to the landlord and asked it to confirm the expiry date and the deadline to exercise the renewal option. The letter stated that “in the event that any of these dates differ from your records, please contact us in writing immediately as your silence will be an acknowledgement and authorization of their accuracy and our reliance”. The letter was not answered by the landlord and Subway sent numerous follow-up letters, which also went unanswered.

Subway ended up relying on the inaccurate renewal date in its database and therefore exercised its option to renew outside of the required deadline. The landlord, in turn, did not accept Subway’s renewal of the lease.

Subway commenced an application seeking relief from forfeiture of its lease. It argued that, by ignoring its requests for confirmation about the renewal date, the Landlord failed to act in good faith under the lease, relying on Callow to support its argument.

Unlike those two cases, a breach of good faith was found to have been committed in NEP. In applying the facts of this case to Callow, the Court concluded that Merit’s half-truths, omissions, and intentional silence constituted the exact behaviour that Callow was aimed at, and thus there was a breach of the duty of good faith. The Court found that Merit’s acts were analogous to “the conduct of an artful knave”, which could potentially be even more harmful to an injured party than a direct lie.

Once these breaches had been found, the Court then had to determine if liability was barred based on section 7.9 of the 2011 SPA. The court applied the test outlined in Tercon Contractors Ltd v. British Columbia (Transportation and Highways), 2010 SCC 4, and asked the following:

In concluding that the limited liability clause was unenforceable, the Court stated that “Merit knowingly misled NEP by failing to disclose important regulatory non-compliance issues, even when expressly asked about them. It seems contrary to equity to allow a party to escape liability for the false remarks simply because the same party, while withholding crucial truths or actively making mendacious comments, inserted into the contract a clause that shields it from legal ramifications.”

In the end, NEP was awarded damages for remediation costs, loss of opportunity, shut-in production, and borrowing costs, totalling $184,570,200 in damages.

The NEP decision presents an interesting analysis of good faith in contractual relations. In particular, where a party is deceitful in entering into a contract, it cannot rely on that same contract’s limited liability provisions to shield itself from liability.